Tomorrow the English Wikipedia biography of  Norman Selfe will be featured on the main page. Not only is Norman a fascinatingly interesting fellow, but the very fact of his biography getting to this point is the culmination of a free-culture policy I helped create five years ago.

Norman was the president of both the Australian mechanical engineers’ and naval architects’ institutes as well as a member of both the British equivalent organisations. He was elected a full member of the English Institution of Civil Engineers and an honourary member of an American engineering association. He invented all sorts of things, including the first bicycle and refrigeration system in Australia. He founded the Royal Australian Historical Society, the Sydney Mechanics’ School of Arts as well as what has now become TAFE (Australia’s public vocational and technical training organisation – currently fighting to preserve its perpetually eroded funding) – Selfe even won the competition to design the Sydney harbour bridge. The Sydney suburb of Normanhurst was named after him during his lifetime. As the article says, “He was acknowledged upon his death as one of the best-known people in, and greatest individual influences upon, the city of Sydney.”

As a staunch advocate for the provision of practical and technical education to the masses, and the preservation of history, I suspect that Norman would have been very pleased with Wikipedia, open-access, and “maker” culture. I reckon he was a Wikipedian before his time and this Feature Article is a fitting tribute to his legacy.

However, that’s only half the story.
The original article on which the Wikipedia biography is based was written by ABC Radio National producer Catherine Freyne for the Dictionary of Sydney in 2009. Here is the original publication. At the time I was also working at The Dictionary and was the person who wrote their copyright policy which includes the option for authors to license their work under Creative Commons (CC-By-SA). Crucially, this makes the article content able to be both cited in, and imported into, Wikipedia (as I blogged about at the time). 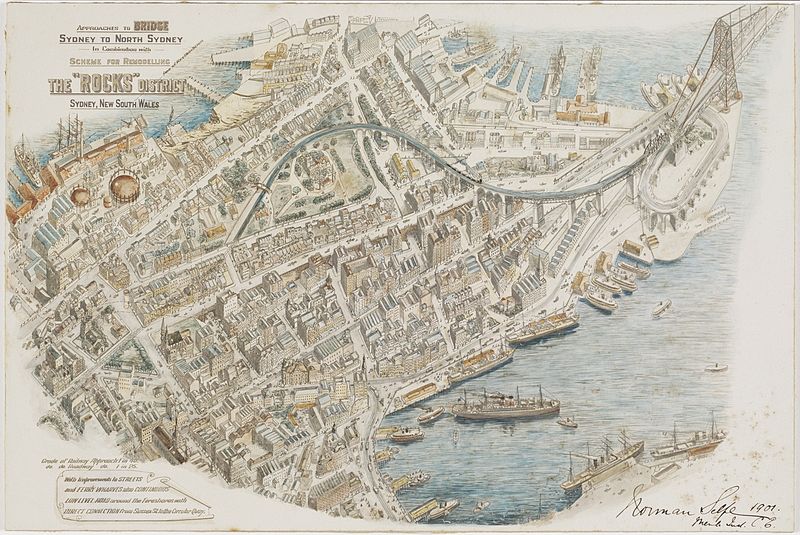 Aafter all these years, this is the first article that I have taken to Feature status – so it’s particularly special to me. Also, because I nurtured Norman through “new”, “Did you know?”, “Good Article” and “Feature Article” processes I was given the “Four Award”, of which I am especially proud. I’ve made several hundred edits since importing Norman, added copious footnotes and taken it through four peer reviews (1, 2, 3, 4), but underneath it is still Catherine’s work – and as such she gets attribution at the very bottom of the article too.

The “Four award“. There are currently only 423 other such articles.

The final reason I’m particularly happy about this article appearing on the main page on Saturday is because, serendipitously, that is also the day that voting opens on the Wikimedia Foundation Board of Trustees community elections – for which I am a candidate. I didn’t nominate Norman to be “Today’s Featured Article” so I’m hoping this is a positive omen for the elections! Active Wikimedians – don’t forget to vote!!